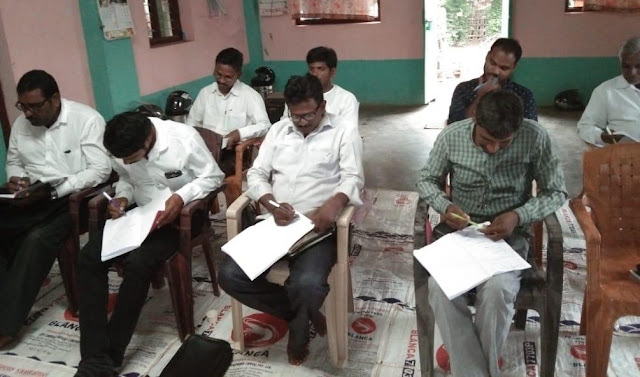 Although most Indians are highly spiritual and even a praying people, only 2% call themselves followers of Christ. A hopeless spirit of despair often overcomes these native people and communities, fueled by superstition, extreme poverty, caste (class) and gender discrimination, and lack of education and job opportunities.

Pastor Sahayadas Simon and his wife Anju are passionate about serving their fellow Indians and meeting the spiritual and humanitarian needs of their people by spreading the Gospel. Their calling is to plant churches in India's tribal villages that mainstream ministries do NOT serve. To do this, they motivate, exhort, and train fellow indigenous leaders to serve God in their own communities by planting churches. The ten trained in September are now back in their home states of Andhra Pradesh, Telangana, and Punjab sharing the Gospel with their neighbors in their heart language. There their training will be put to the test as they encounter new challenges...

Indigenous church planters have advantages.  They know the language. They understand the culture and traditions.  But they often encounter other obstacles that KGM training covers.  One of the most prominent barriers is the perception of Christianity as a "white man's or American religion". 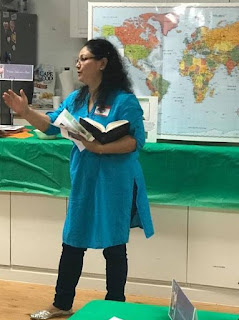 Anju, Saha's wife has first hand knowledge of this barrier. She is from a Brahmin Hindu, upper caste family, raised in the state of Manipur. Before Christ, Anju served many Hindu gods and goddesses, worshiping them faithfully in the form of rituals and dancing seeking a peace that never came.

Her mother, a secret Christian, pleaded with her and finally she went to a Christian youth meeting determined to "test Jesus and shut the mouth of her mother." Instead, God spoke to her personally through the Word and she accepted Jesus as her Savior and Lord.

That decision would demand sacrifice. She was cast out of her home by her father for converting from Hinduism to a "god of white people."

Hundreds of years of an ethnocentric (seeing ones own people group as superior) missionary mindset, plus colonial greed and oppression, has left an indelible mark on the native Indian perception of Christianity.

Historically, pioneer missionaries tended to see Indians as pagan savages in need of  education and "Christianization" in order to be good civilized people. In other words, in order to truly reach these people, it meant ridding them of their culture and their language and westernizing them by educating them and filling their lands with a Christian missionary presence.

Many were told that they were wrong and devil worshipers for the way they believed and that to be "truly saved" they must abandon their traditions first.  Sadly, this historical trauma has been passed on to new generations who are convinced this is the goal of every Christian. Today this false belief fuels a growing hatred and persecution of Christ followers.

Kerusomen training teaches these Kingdom Leaders the biblical way to overcome this barrier and share the love of Christ with others in a meaningful way that reflects His perspective of seeing others as equals; as fellow human beings created in the image of God. Here is what two leaders from Andhra Pradesh said about their training:

" Working with the Kapu, Setti Balija, and Madiga people groups, the people are highly superstitious. Men are alcoholic and women are addicted to witchcraft. Before training with KGM, I struggled to interpret God's Word for the illiterate villagers. Now my ministry is fruitful and helping the body of Christ to grow." Pastor Solomon

"In the ministry I have suffered severe persecution from upper caste Hindus for sharing the Gospel. But KGM training has provided strong leadership, met emergency needs and encouraged me with oneness in the family of Christ." Pastor Reddy

For a more in-depth look at the training these leaders receive, you can read more on our Pastor Training page.  Please keep these pastors in your thoughts and prayers.