How God is Moving In Kerala, India / Kerusomen Gospel Ministries 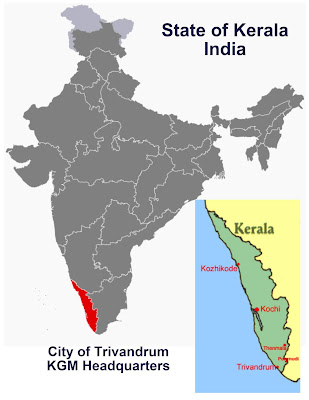 KGM Growing Strong in the Lord


Update from Pastor Saha on the ministry challenges and progress in Kerala.

Kerala, located on the Southwest coast of India, is the home state of Kerusomen Gospel Ministries. This is where Sahayadas (Saha) Simon and his wife Anju planted their first church and formally launched their ministry in 2007.

Since the state of Kerala is the hub of the KGM ministry in India, its people, their history, and its current political and religious climate play an important role in the ministry's outreach...

Although Trivandrum has a metropolitan population of more than 1.65 million and there are a dozen or so other Kerala cities of more than 100,000, the vast majority of the population lives in small towns or completely rural areas.

There has been a Christian presence in India ever since New Testament Times. And Kerala is the home base of the Christian faith in India, as well.

"According to an ancient South Indian oral tradition, St. Thomas, one of the 12 apostles, sailed to India and landed…

on the coast of ancient Malabar (present-day Kerala) in the year 52 A.D. There he converted many high caste Hindus and established several Christian communities”.[2]  Today, other Indian states have a greater percentage of Christians, (Nagaland in Northeastern India is 98% Christian). But because of it's dense population, Kerala's nearly 20% Christian populace makes it India's state with the largest Christian community.

Since independence from Britain, Kerala has not had the inter-religious violence that has plagued much of the rest of India. In 2011, the editor of the World Policy Journal wrote: “Kerala's real treasure cannot be measured in dollars, pounds, or rupees. Its true gold is the example it sets--not just for India--of civilized coexistence among Hindus, Muslims , and Christians”.[3]

Unfortunately since the Hindu nationalist BJP majority in 2014, this “civilized coexistence” has begun to deteriorate.

KGM churches have not been spared from the threats and vandalism influenced by the rising Hindu extremism.

Pastor Saha writes, "Always there is a threat to Christian work. The government tries to "hindu-ize" India. They promote hindutva." (Editor's note: Hindutva is a political fascist movement that justifies atrocities against religious minorities and sometimes uses force to "reconvert" people of faiths other than Hindu.) 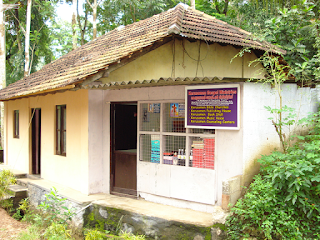 The Kerusomen Bible Marayamuttam Church is just 15 miles from Pastor Saha’s home in Trivandrum, which also serves as the KGM mission headquarters. Pastor Saha recounts an incident there: "Even local Hindus (in Kerala) are behaving to Christians very badly, because they think they are in power.  It's no use complaining to the police. Our church at Marayamuttam was a victim of Hindu neighbors, who disposed human and animal dung in front of the church yard." The church pastor, Jomon, elaborates: "Every time my wife and I step into our church compound, there are two anti-Christian ladies, who always meet us with dirty language and threats. We do not speak back.  We still love them and pray they will soon know the love of Christ. Every week they do their witchcraft and black magic against our work here. But we trust in the Lord. We know our God is great."

Other attacks of hate and violence against Christians have been documented in Kerala in the first two months of 2019 by the Evangelical Fellowship of India’s Religious Liberty Commission (EFI). "Of the 77 incidents...surprisingly 4 took place in Kerala." the report found.  The EFI also confirmed Pastor Saha's experience with the police, stating that the statistics on persecution are inaccurate since police often "turn a blind eye and fail to report" the complaints of victims and witnesses.

Catholic Scandal Stokes More Negative Perceptions in India
According to the 2011 Census, Catholics make up 61% of the Kerala Christian population. This year a well publicized scandal gave Christians bad publicity. According to The New York Times, the Catholic Community in India has been torn apart by accusation of sexual assault by priests (including a bishop) against nuns. This scandal paints a bad picture for non-Catholic Christians in India as well, the article explains:  “India’s Christians, only about 2 percent of the population, tend to stand together in the face of any crisis", the rest of the country does not make a distinction among the various denominations.[4]

Over the past forty years, Kerala has been pursuing a people centered approach to development.  The “Kerala Model” has proven to be fairly successful as “According to the India State Hunger Index, Kerala is one of the four states where hunger is only moderate”.[5] Also, Kerala has a literacy rate of 60% which is the highest in India. In contrast to the rest of the country, women in Kerala have also benefited from educational opportunities.[6]

However, just recently, the “Kerala model” has come under scrutiny for several reasons including female employment equality:


Criticism of the Kerala Model has been based on its several failures. The foremost is the inability to meet the employment aspirations of the people, pushing them to live under authoritarian regimes overseas. Second, the laudable public provision of health and education has been financed by borrowing. Kerala has the highest per capita public debt among States, implying that we are passing on the bill for our own maintenance to future generations. Finally, Kerala has not done so well when viewed through the lens of gender justice. High levels of female education have not led to an equally high participation of women in the labor force or in governance, even though they participate equally in elections.[7]

Employment opportunities for women are rare in Kerala. Kerusomen Gospel Ministries rescues abandoned widows and encourages them in starting their own micro enterprises with the goal of becoming self-supporting. Today, with the help of KGM, most of these women operate small scale industries such as farming for resale, canning, clothes washing and tailoring. Future KGM plans include a Sewing Center where widows and other underprivileged women can be trained to manufacture items to market on a larger scale.

Summer in India is always Monsoon season but this year’s rains have been especially hard. Flooding is widespread throughout the country. “More than 270 people have been killed and approximately half of the victims were in the southern state of Kerala”.[8]

The data from the Kerala State Disaster Management states that, as many as 1,789 houses had been damaged fully in between August 8 and 19, while the number of partially damaged houses is 14,542.[8] There have been 80 landslides in the span of 2 days said the Chief Minister.

“We need your urgent prayers and concerns. Last year at this time our state Kerala faced severe and furious flooding that cost many lives and damages. This year we face the same heavy raining, landslides, and heavy winds everywhere in the state. Already over 50 people were killed in the natural disaster. We have no electricity power, proper food and other things. Please pray for us. Some of our KGM houses were damaged. We are contributing to help the areas badly affected. ”

KGM local churches band together in these emergency situations to help the community in relief efforts and serve church members who have been impacted. Kerusomen Gospel Ministries in the United States also responds with help to finance clean-up and damages to KGM churches once costs are calculated.  Please pray for rescue workers, the people of Kerala and the KGM churches.

Today, Kerusomen Gospel Ministry headquarters in Kerala serves “45 full time church planters with 53 churches and house churches in 6 different states of India and more than 2,000 believers." From this headquarters it operates:
Kerala is also the home of 587 believers attending 13 churches founded by KGM in various villages throughout the state.

Led by Pastors Saha and Anju Simon, the Kerusomen Foundation in India focuses on Christ-centered growth. Its emphasis on pastor and leadership training ensures that future KGM churches are planted and led by Believers well equipped to faithfully preach the Word of God with the heart of God, creating strong and sustainable churches and movements in India.

Pastor Sahayadas Simon achieved two Masters Degrees, one in Divinity and the other in New Testament Theology at Hindustan Bible Institute. He is currently pursuing his PhD in New Testament Studies at Martin Luther Christian University. He also serves as the Academic Dean to Trivandrum Bible College, an inter-denominational institution, where he recruits committed believers for the KGM ministry.

Pastor Anju Sahayadas studied at the same schools as Pastor Saha where they met. After she achieved her Bachelor of Theology Degree, she was appointed Dean of Women at Grace Bible College. She went on to earn a Master of Divinity and a Master of Theology in Missions.

When God first planted the idea of a new ministry in the hearts of Saha and Anju, the plan was to plant a limited number of churches in Kerala that could be operated out of their home.

But then God “Opened our eyes to other needy states... because spreading of the gospel is the most precious need of our country, India.” recalls Pastor Saha.  By September, 2017, their rapid church planting growth and prayers for direction birthed a new dream. And they believe God has started this "new thing" this year. 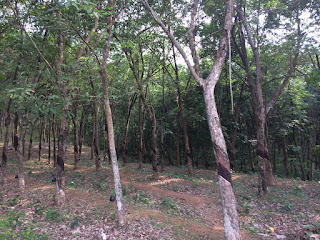 God provided land just a few miles from their home, perfect for the Charitable Center and Pastor Training Facility they envision God is directing them to build.

They believe the new center will help KGM's Church Planting Movement to be more efficient at saturating the work of the gospel to different Indian states.

But while God has altered their course over the years, their calling has remained firm: To engage, serve, and disciple the least reached people groups in India, where mainstream ministries are not active, for the glory of God.

Get a fantastic tool to use in your own ministry to new believers and help print the Indian translation of Leecy's book for our training initiative in India, at the same time. Geared to believers with no previous bible knowledge, this study is invaluable for your one-on-one mentoring of new believers or if you are a growth group leader.  We thank Leecy for her generous partnership with Kerusomen

"I wrote this book to ground new believers in their faith. Kerusomen uses it in India to train pastors and new believers. You can purchase the American version (just slightly different than the Indian one) from Amazon.

All profits from the American version will go towards the printing cost of the Indian version." Leecy Barnett