State of the World / The Task Remaining from Global Frontier Missions on Vimeo. 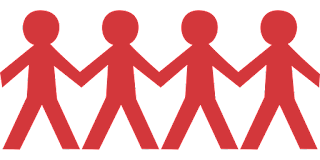 When Jesus told his followers “Go and make disciples of all nations”,  the Greek words he used to describe "nations" were TA ETHNE meaning all Ethnic Groups or People Groups.

So what is a people group? 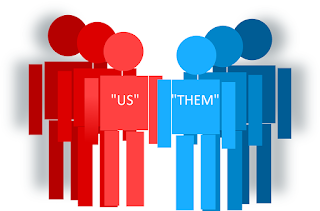 It is pretty much any group of people who shares a common sense of “us” is us and anyone else is “them”.

While there are about 196 countries in the world today, there are over 16,000 distinct people groups.

Let’s look at Pakistan as an example. In English, we consider it one 'nation ', but ethnically, Pakistan has over 400 distinct 'nations' or people groups within its borders.

A group is considered unreached if less than 2% of their population is evangelical Christian. That is, it has too few true believers to evangelize and disciple the rest of the people group.

Almost 3 billion people fall into this category.  Around 7,000 of the 16,000 people groups worldwide are considered UPG’s or unreached people groups.

NO churches,
NO believers,
NO missionaries
and NO ONE actively focused on engaging them.


Where are these UPG's located?

It’s in the 10/40 window where most of the major non-Christian religions hold control. (95%)

Collectively these 10/40 Window UPG's are known as the THUMB people.

What can we do about thousands of unreached people groups?

Through KGM’s church planting initiative in India, you are empowering native missionaries who are proclaiming the Gospel in the largest UPG mission field in the world.

India has over 2,500 distinct 'nations' or people groups within its borders.  Of these people groups, 2,311 are UPG’s.

Nearly 1.3 billion people belong to these unreached people groups representing 96% of the population of India.

“Declare His glory among the nations, His marvelous works among all the peoples.” Psalm 96:3

What an opportunity we have to share the good news...but we must be good stewards of it.  First by understanding our personal commission, and second, by being strategic in directing our support to organizations who are best serving that calling.

If you believe that God has a role for every Christian in His global purpose, prayerfully consider supporting a pastor in India.

As the Apostle Paul said, "Thus I make it my ambition to preach the gospel, not where Christ has already been named, lest I build on someone else's foundation, but as it is written, 'Those who have never been told of him will see, and those who have never heard will understand.'" (Romans 15:20-21 ESV).

You can be a part of God’s plan for Him to be loved by peoples of every nation by strategically partnering with KGM, an organization who is actively pursuing the unreached people groups of India.

A $50 monthly gift relieves the financial burden of the native pastor by 40% so he can devote more time to reaching the lost, knowing the basic needs of his family are being met.

Jesus said that the Gospel of the Kingdom would be preached as a testimony to  "TA ETHNE" – all people groups.


His mission for us is clear.   We must go to the unreached.

Yet the task remains incomplete.

Together we can change that.


The fact sources of this post are globalfrontiermissions.org and joshuaproject.net.