A Testimony of God's Mighty Work


And Jesus told them a parable about the need to always
to pray and not lose heart.
Luke 18:1

Every Friday KGM Pastor John Raju visits the village of Chetakonda in Telangana, India. The villagers are not friendly to his message. In fact, says Pastor John: “They are an enemy of it.” 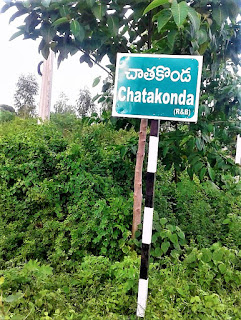 But Pastor John persists, faithfully visiting
praying for the poor, the needy, and the sick every week – even during the Covid-19 lockdown. 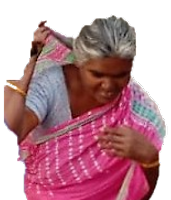 On a recent visit, Pastor John entered the village and was shocked when a woman rushed over to him. She was terrified because her son was missing and she couldn’t find him anywhere in the village.

A few minutes later some people ran up to her. They were frightened because her son was in the village lake. “When we first found him,” they explained, “we tried to coax him out of the water but he refused. Finally, we decided to enter the water and carry him out.  We tried over and over but every time we stepped in the water, he rushed deeper into the lake. He kept threatening us that he would keep on going out further if we didn’t leave him alone.  We are afraid he is going to die if we keep trying so we came to get you.”  The villagers also explained to Pastor John that the 27-year old had a history of disturbing “mentally ill” behavior and had often tried to hurt himself. 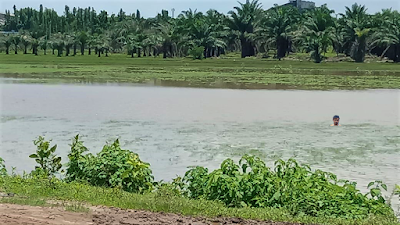 The mother pleaded with Pastor Raju: “This is the work of an evil spirit. Please come and pray.”

When they arrived at the lake, the boy screamed in anger.  Pastor John stepped into the water praying  while calling to the boy to come out. The villagers, full of doubt and suspicion, gathered at the lake's edge to see what would happen.  To their absolute astonishment, the boy began to obey the Pastor. As Pastor John stepped in the lake the boy matched each step coming toward him until they met face to face. Then Pastor John took the boy’s hand and led him out of the water to his overjoyed mother.  Turning to the villagers Pastor John called out in a loud voice,

"This is a miracle of God!"

Convinced by what they had witnessed, the villagers crowded around Pastor John. They asked him to pray for them. 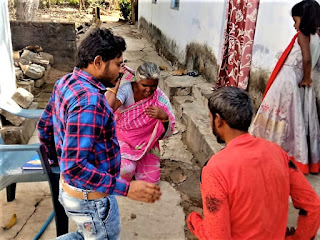 People who had rejected him for months now urged him to come visit them in their homes. The very doors that had been closed to him were now opened by the power of the Holy Spirit.

Chatakonda is home to the Mala people group.
According to the Joshua Project, the Mala

"worship family deities such as Yellamma and ancestral spirits. Unwelcome possession is believed to manifest by mental or physical illnesses. Women and children are thought to be especially susceptible."

There are over 5 million Mala living in India.
This is the mission field God has opened up because you helped planted a church five miles from Chatakonda. Your continued prayers and partnership are needed now more than ever. Pray for Pastor Raja. Pray that new believers grow in their faith and become workers sent out into His harvest field in the Mala community.

You can be a key pray-er and a key player in God's work in India, too.

Then he said to his disciples,

“The harvest is plentiful but the workers are few.
Ask the Lord of the harvest, therefore,
to send out workers into his harvest field. "