In the last seven years the world has watched India move from number 31 to number 10 on the World Watch List (WWL). This list ranks the 50 most dangerous places to be a Christ follower and India is once again in the top 10. In 2013, India was ranked #31 with a "moderate" level of persecution. Today, it's persecution level is ranked "extreme" by Open Doors.  What changed?

The rise of the nationalist Hindu Bharatiya Janata Party (BJP), cemented in the 2019 elections, is probably the biggest factor according to reputable reports. Their political message is simple: to be Indian, you must be Hindu.

In the video report below from France 24, a reporter tracks attacks in 2015 (India ranked #17 on the WWL at that time) speaking with both victims and extremists. It is definitely watch-worthy and will enlighten your understanding to better pray for our India brothers and sisters.

In another short 30 second video, Bibles are burned by extremists. Sadly, thousands of attacks like these (and even more violent ones) are perpetrated on Christians in India every year...
Christians are also attacked in more subtle ways; food and water are often used as weapons. In rural areas Christians have been cut off from village wells and denied access to government-subsidized groceries. New converts are especially vulnerable and under pressure to deny Christ. The efforts to force them to return to Hinduism are often violent including physical assault and even killings.  Open Doors puts it this way:  "In India, saying “yes” to Jesus has become a risky decision that costs Christians and their families greatly." 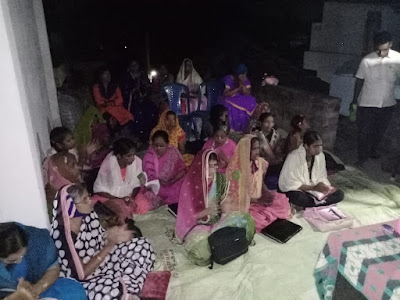 Our churches in India are not immune from the growing anti-Christian threats and attacks. During our mission team's recent visit, one KGM pastor explained how Hindu neighbors covered the narrow walkway to the church (its only entrance) in human dung. Believers were forced to step in the refuse to attend services.

Pastor Saha reports about what he called "hide-out meetings" in Telangana and
sent photos of a "night cottage meeting on the top of a building to avoid anti-Christian threats." When asked whether the reports of violence I was reading online were accurate Saha replied, "Yes. What you are hearing is right. This is our life and our experience." 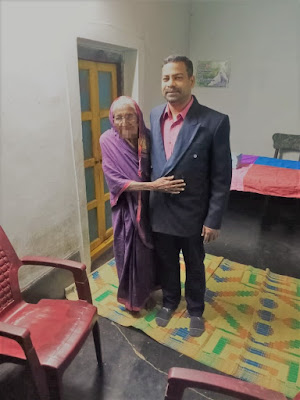 He recounted the story of another pastor in Andhra Pradesh, According to Pastor Saha...

"Pastor 'V' is going through anti Christian attacks. Nearby this church there is a big temple which prevents KGM works and attacks him. Mentally torturing. His 93 year old mother was crying and sharing with me out of fear. It was heartbreaking."

For the safety of our churches we are not publishing names or specific locations. Faces have been blurred on photos for their protection, as well.

Situations like these are a somber reminder of the extent of the enemy’s opposition to taking the gospel to unreached people groups. One young pastor we'll call "Peter" has been especially troubled by some locals with issues on his evangelism work. Please keep him, all the believer families, the KGM team, and the ongoing work in your prayers.

Also pray that new believers will “be strong in the Lord and in His mighty power,” putting on "the full armor of God” in the ongoing spiritual struggle. Ephesians 6: 10-20.

Soon members of our prayer team, the Builders and the Well communities will have access to more sensitive information and updates on unpublished, private pages of our Blog and Facebook. We look forward to joining with you in prayer for the persecuted Church. Check out the Well, the Builders or the prayer team link below to get involved: