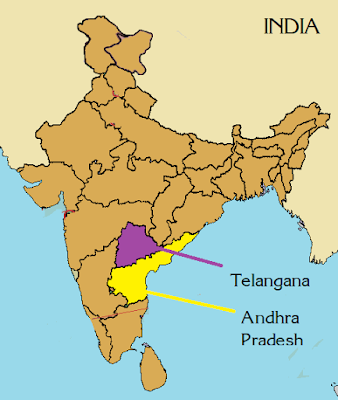 In December Pastor Saha visited some of the Kerusomen Gospel Ministry churches in Telangana and Andhra Pradesh. Saha writes: "We have over 20 churches and house churches in the state of Telangana with 16 pastors and two state coordinators. The house churches will all grow as we give proper leadership and spiritual fellowship."

During this trip in Telangana, he visited eight recently planted house churches of three to five families each. A warm welcome to these 30 plus newly born family members! He also shared the baptism video taken at KBC Dammapeta Church below.


The Church is Growing Strong 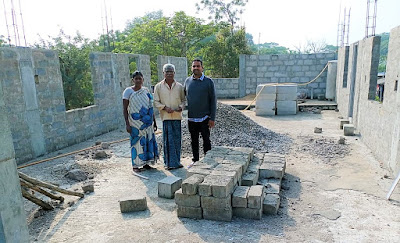 The Telangana KGM Thallada Church is growing so rapidly under the leadership of Pastor Kennedy Raju that a new building is needed and under construction. Pastor Raju and his wife are pictured here at the construction site.

KGM Thallada Church Serves the Unreached Yerukula People Group  Among the six different people groups Pastor Raju serves, are the Yerukula tribe.  According to the Joshua Project: They are called "Yerukula after
their women's traditional profession of fortune telling. They worship benevolent Gods, which are common Gods in Hindu pantheon, and appease malevolent deities. The Yerukalas celebrate all the Hindu festivals."  The tribe has its own dialect derived primarily from Telugu. Sadly, their literacy rate is barely above 25%.  Most important, Telangana is home to 143,000 Yerukalas and only 1.77% are Christians.

Pastor Raju requests your prayers to complete the new church building. Some people tried to stop construction of the church by making complaints to the police. Village elders who believe the church is a threat to their ancestors' religion use communal feelings as well as superstitious beliefs and practices to keep the Yerukulas under their control   But God is prevailing, the church has nearly doubled its size in recent months.

In December while Pastor Saha was traveling, troubling reports of increased Hindu radical violence against Christians occurred. In certain states, Christmas services and events were cancelled.

In response to some threats, a KGM church quietly held its meeting at night on the top of a building. The church is in an area dominated by Hindu temples and their followers.

Nevertheless, the believers gathered to celebrate the birth of Christ in their "hide-out" meeting, thirsty to hear a message by Pastor Saha from the book of Acts.

Situations like these are a somber reminder of the extent of the enemy’s opposition to taking the gospel to unreached people groups. One young pastor we'll call "Peter" has been especially troubled by some locals with issues on his evangelism work. Please keep him, all the believer families, the KGM team, and the ongoing work in your prayers.

Also pray that new believers at the eight new house churches will “be strong in the Lord and in His mighty power,” putting on "the full armor of God” in the ongoing spiritual struggle. Ephesians 6: 10-20.
at January 10, 2020