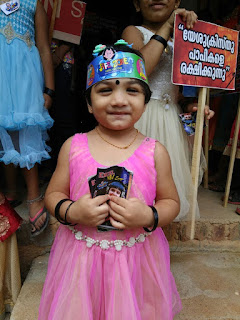 A recent report on NDTV is chilling - no girls were born in 132 Indian villages for three months.

During that same time, 216 boys were born. Sound a little fishy? A social worker was quoted in the article saying "No girl child was born for 3 months in these villages. It cannot be a coincidence. This clearly indicates female foeticide is taking place..." She goes on to say "nothing is being done by the administration or government."

While India's culture is not the only one to prefer boys, according to its 2011 Census and other studies:
The Preference for Boys Haunts Indian Women from Birth to the Grave...


Why the disdain for women?  Hindu culture sadly believes that females are inferior. Of less value than a cow.  Bad deeds in a previous life cause one to be born a woman. From birth (if allowed) to death, a woman is treated differently, just because she is female. She is treated like chattel and considered a financial burden because her family must pay a high dowry fee when she marries.

Once wed her situation often worsens. Because of the shortage of females in India, girls are married at extremely young ages. The maternal mortality rate in India is the highest in the world, The underdeveloped bodies of young brides, unprepared for child birth, often leads to complications and death. Dowry deaths are also common where the woman is abused or even killed by her husband because the bride's family is unable to pay additional dowry demands. 5,000 dowry deaths are reported yearly. Finally, if her husband dies, she is blamed for his death. Her right to own property is taken away. Uneducated, her ability to earn is nonexistent. Widows are often forced to remarry, sex trafficked, or abandoned.  All are considered outcasts; invisible; bad luck and of no value.

How Kerusomen is Providing Hope for India's Women 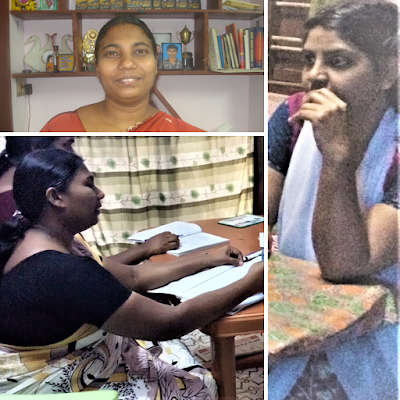 Kerusomen saw how desperate women are without education, skills, and protection from their families or inlaws. This gave birth to two programs designed to empower these women:

The Charis (Greek for Grace) Widow Rescue program helps abandoned widows with medical and food aid plus visits of encouragement from KGM church members and KGM staff. Many of these widows are medically challenged or disabled. Today nearly 50 widows have been rescued from dire circumstances. More than 40,000 women in India are abandoned widows. We're on a mission to change that. Check out this 2 minute video to find out how.

The class merges micro-finance training with effective, holistic support including health, hygiene, nutrition, and Bible lessons. To join the class, each woman invests $25 in a joint savings account with the other students and commits to add $1 each week to the account. After a short waiting period, during which time the woman learns basic banking, accounting and accountability skills, she is eligible to borrow from the account. Many women use the loan to open a business. Daisy, one of our rescued widows, makes and sells pickles at the local market, an enterprise that not only earns her extra income, but also earns her respect at home and in society. Her success has encouraged other women to do the same. Here are some touching testimonies from women in the class:


“If I save a small amount of money periodically at home, it won’t be possible because anytime when need arises I will use that money very badly.  But today, through the help of ISOS accountability, I have an investment of more than 50 dollars as the collection of many weeks and it will soon be increased to 200 dollars” said Leela. " She is proud of being a member of this group" says Pastor Saha.

Asha  says: “I am touched by shaping of both my soul and body by ISOS”.

“Today I have an honor at my home when my husband was not able to provide the tuition fee for my daughter at school and she was sent out. Then I took a loan from ISOS group and managed her to get in. That brought an honor and respect at my home and by society”, said Rani.

Pastor Saha reports that more than 40 women are attending classes and the need is arising to start two or three more groups very soon.

Many women are eager to join ISOS but don't have the initial investment money.  If God is leading you to help the women of India gain more freedom, confidence, and the tools they need to be self-sufficient, a $25 gift would give a marginalized woman the opportunity for life change.